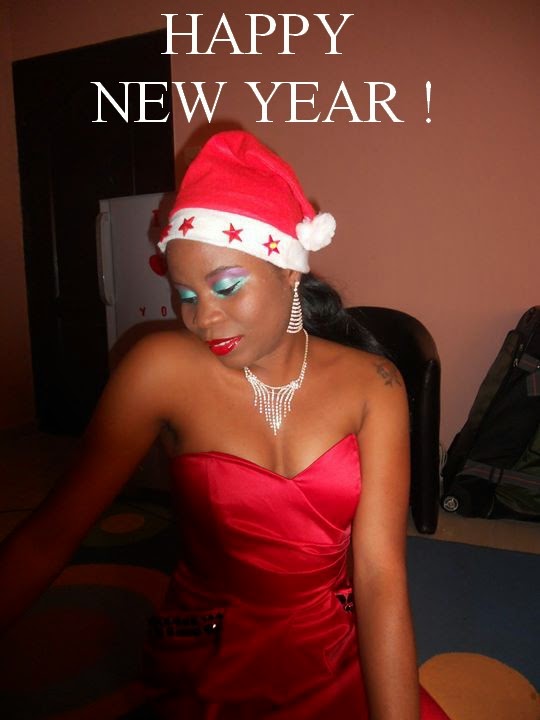 Have you written your 2015 Resolutions ? Funny how every year we list our resolutions and never get to realise them.

Claude Makélélé Sinda is a French former international football player who retired in 2011.

A macaron is a French confection, a speciality in several French cities. known as French biscuits. The name "Macaron" is derived from the Italian word macarone, the name of Italian meringue which are used as icing, topping or component in desserts. .

Christmas illuminations in France is known as "illuminations de Noël". They are lights used in decorating buildings and trees, and also across streets in December for the holiday season.

This viedo has gone viral on YouTube. No big ass chicks, flashy cars and fancy dresses... just some couple of kids dancing on a dusty road in Uganda.

The best of Jacques Brel

Jacques Brel was a Belgian singer-songwriter who was popular not only in the francophone world but also in the anglophone world. A lot of people still think that he is French. Having sold over 25 million records worldwide, Brel is the third best-selling Belgian recording artist of all time.
Plus d'infos »
Publié par Ayo DEFORGE à 13:45 Aucun commentaire:

Meet Nino Ferrer, the French singer who wished he was black

Nino Ferrer, the Don Quixote and the Corto Maltese of French show business, was an Italian-French singer, author and songwriter.

His first success came in 1965 with the song "Mirza". In 1966, he recorded "Je voudrais être Noir", he paid tribute to several african-american singers he admires such as Wilson Pickett, James Brown, Ray Charles. He sang about his regret of having the kind of voice it takes to sing rhythm, blues and soul.
Plus d'infos »
Publié par Ayo DEFORGE à 13:58 Aucun commentaire:

The Most-Listened-To Artists In France

Below are the lists of the most listened to songs, albums and artists in 2014 according to Spotify.

TOTAL E&P Nigeria Limited in partnership with the French Embassy in Nigeria is co-financing a scholarship program intended for outstanding Nigerian students for Master’s program in France.

Five scholarships will be awarded in Nigeria for the 2015/2016 academic year.