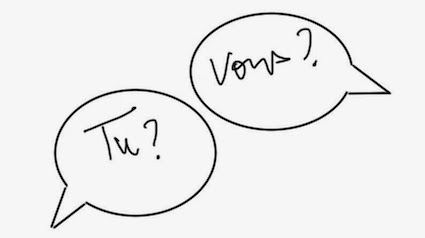 The French people are often accused of being rude with a capital “R”. This cliché is so popular that even people who have never set foot in France take it upon themselves to warn potential visitors about French rudeness.

We have all heard of one stereotype or another about the French... French people stink, they don't take their bath daily and wear a lot of perfume in order to cover up the stench, they never speak English, they love wine, cheese and baguettes, they smoke a lot, they dress like fashion models, their women don't shave their armpits, and the list continues...
After living two years in France, I think it's just a myth. In my experience, I can say that the French people appear unfriendly, but that doesn't mean they are rude. They don't go about looking at the faces of people they pass by on the streets, they don't go about with a smile on their faces, they wouldn't notice if someone who is crying silently walked beside them. They often seem to be lost in their own thoughts... often times, they wear a look of sadness as if the weight of the whole world was sitting on their shoulders... weighing them down. But that's my opinion, judging from the part of France where I live.

Here in Cagnes-sur -mer, there seem to be a high concentration of old people. I have never seen these much old people who look as sad as if they didn't live their life to the fullest. All I see is sadess and a glimpse of regret. But that's my interpretation, ...as a Lagosian.

But I can say that the French Language is a very polite language...
Unlike the English language where the 2nd person subject pronoun you is used :
The French have two different words for you.
In France, using tu with someone you don't know or someone you should show respect to, is considered as being rude : an insult.
Publié par Ayo DEFORGE à 03:43