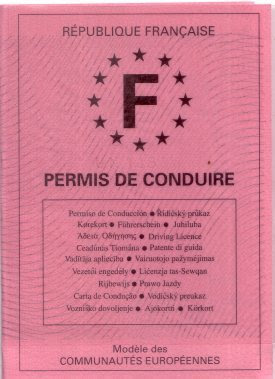 It's over a year since my husband bought me a car yet i still don't have a driver's licence.. I am sure you are
wondering why we bought a car if i don't have a licence. Well, i was told that if I already know how to drive and have a licence from my home country, it will be exchanged for a French one.

We called the prefecture and the woman we spoke to gave us this information. She asked me to get some documents and come down to the office to fill a form for the exchange. She said i had a year to do the exchange, and that my licence from my home country is valid during one year. That's when we bought a car so i started driving. When i finnaly decided to do the exchange i was told they made a mistake, that licences from Niger can be changed but not Nigeria.

Can you imagine that? I got the shock of my life. So here i am, a driver, who has a car, knows how to drive but has no valid French driver's licence. I was told that if i continue driving and i get caught, the car will be seized, i will pay a fine and might also get a prison sentence.

Due to the ease with which driver's licences are obtained in Nigeria, and the corruption that surrounds the issue of licences, the Nigerian driver's licence is not exchangeable in France. So i have no other choice than to obtain the French licence which is the hard way. I am obliged to pass a written test which has very tricky questions, then take a road test, maximum one year after. 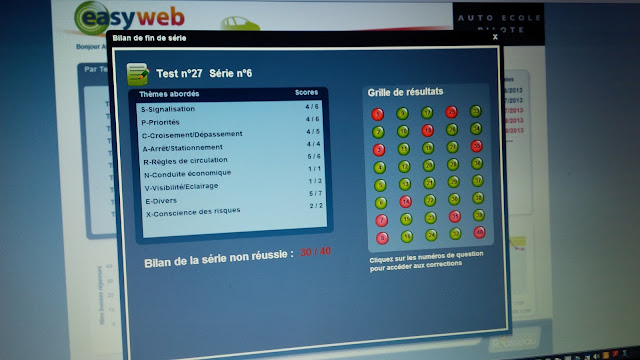 Obtaining a French driver's licence is super expensive except you are exchanging your home licence. A lot of French people, take loans from the bank to have a licence.

The written test consist of 40 questions and i must answer 35 correctly in order to pass, but i only have 30 seconds to answer each question. After school everyday, i practice the test online, then go through the corrections. It's been 6 months already that i do that 5 times a week and i am still not ready. I still get up to 10 questions wrong despite the fact that i speak French almost fluently. The session is valid during 6 months and i payed 350 euros that's about N70,000. I have to pay 60 euros (N12,000) every time i write the test at the prefecture until i get it right. Only then can i  move on to take the road test. 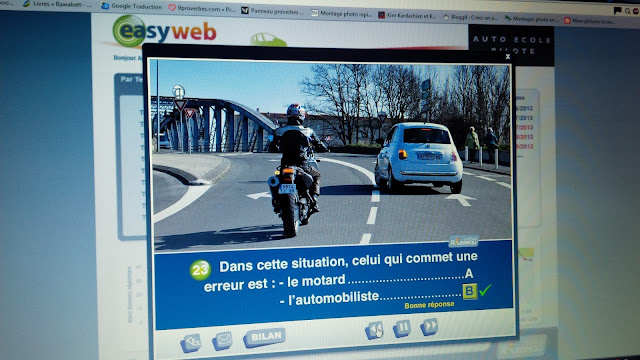 Going through a driving school is my best option as they take care of the paperwork, the exam scheduling, and talking to the Préfecture who issues the licence. French drving schools are very expensive, and if one doesn't pass the exams the first time around, they often require that one pays for more lessons, as well as the exam fees for the subsequent exams. Professionalism, prices, and requirements often vary from city to city. 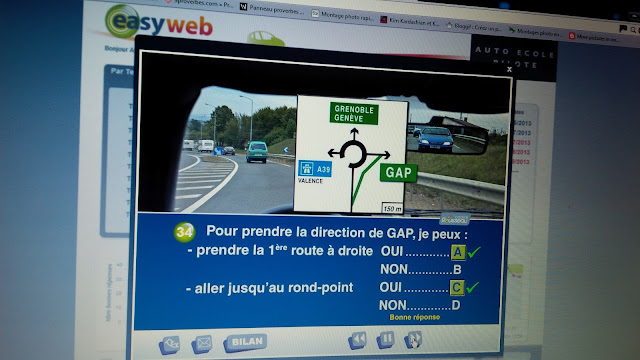 The road lessons are charged 40 € (N8000) par hour and i need a minimum of 20 hours practise inorder to qualify to sit for the exam. That's like 800 euros (N160,000). I also have to pay 60 euros (N12,000) everytime i sit for the exam until i get it right. I am taking the road test in an automatic car, so my licence will specify that i can only drive automatic cars in France. But if i take the road test with a manual car, my French licence will not have a restriction and i'll be free to drive either one. But i hate manual cars...  In France, automatic cars are rare, my friends laugh at me saying that automatic cars are for old people.

In total, getting my driver's licence will cost me about 1300 euros (N260,000) if i pass my exams at the first sitting. I can take the written and the road exams with a translator. The advantage of a translator on the written exam, besides explaining the questions, is that i don't have a time limit to answer them... but it will cost me more to pay for a translator, and there are few exam spots available for non-French speakers. I might wait a very very long time to get a place. First-time exam-takers have priority. If i don't pass my exams the first time around, it can take up to 2 to months to retake them!

Another annoying thing is the fact that after obtaining my licence, i will be considered a jeune conducteur and receive a restricted licence although i have years of driving experience in Nigeria. When you are considered a learner in France, it means that i will have only 6 points instead of 12 on your licence, and during 3 years, you will have to put the A sign on the back of your car like we put the L sign in Nigeria. You must also drive slower than the speed limit on roads outside of cities. 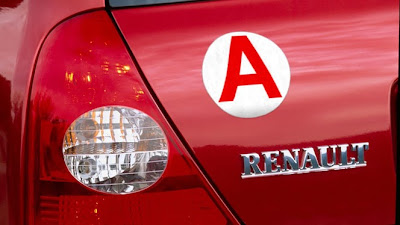 At the end of three years if i don't get stopped for careless driving, my points will increase from 6 to 12. In France, points are deducted for careless driving, a fine also comes with every deduction. During the 3 years probation period, if i lose all my six points my licence becomes automatically invalid. Offenses like testing positive to drugs like indian hemp, cocaine... result into suspension of licence. If one's licence is not suspended or invalid, one can go for some kind of course to regain points lost. But no matter how good you are, or how many years experience you have, you can never have more than 12 points. That's the limit.

A lot of people lose points mostly for making a call while driving, overtaking from the right, not giving way to drivers who have already engaged on a round about, driving straight into an intersection without stopping first to look left and right before engaging and mostly for overspeeding.

You are probably wondering how they know all this, well the French police are very good at hiding, once you get caught, they'll follow you on motorbikes. They have manual speed-reader meter called radar there are also automatique cameras almost every road and express, it flashes your plate number and records your speed, you lose points depending on the excess and you will get a letter at home instructing you to pay a fine.

Sometimes i wish that i had obtained a driver's licence in countries that sourrounds Nigeria and have exhange agreement  in France but i didn't have an idea how it worked. Countries that have exchange agreement with France in Africa includes Benin Republic, Ivory Coast, Ethiopia, Gabon, Gambia, Liberia, Libya, Malawi, Mali, Marocco,  Mauritania, Mozambique, Namibia,  Niger, Senegal, Tchad, Togo and Tunisia. 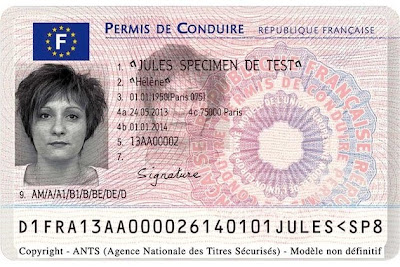 The only good thing is that the French driver's licence never expire, so once i have it, it's good for life. It is also valid in all european union countries. The new european driver's licence came out monday with a microchip like a debit card. This will make it very difficault for fake ones and easy for the police to remove points once you are stopped for drving carelessly. Everyone with a French driver's licence can easily check the number of points they have on a site called www.telepoint.fr

I heard the process to obtain a driver's licence in Lagos has been changed by Governor Fashola... please leave a comment below and tell me about it if you know how it works. Thanks !
Publié par Ayo DEFORGE à 09:17