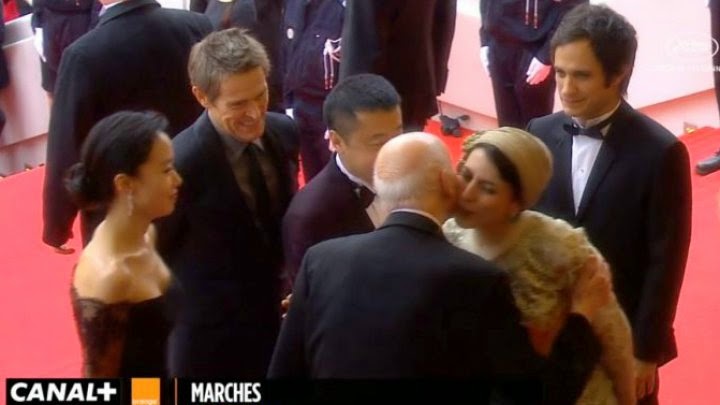 Iranian actress Leila Hatami outraged authorities in her home country on Sunday after a photograph emerged of her kissing the director of the Cannes Film Festival, Gilles Jacob, on the cheek. Although a common
gesture in France, Hatami’s peck was perceived as an affront by Iran’s Culture Ministry.

According to Iran's interpretation of Sharia law, which was introduced in the wake of the country’s 1979 revolution, a woman is not allowed to have physical contact with a man outside her family.

"Those who attend intentional events should take heed of the credibility and chastity of Iranians, so that a bad image of Iranian women will not be demonstrated to the world," Hossein Noushabadi, Iran’s deputy culture minister, was quoted as saying on the website of state broadcaster IRIB.

"Iranian woman is the symbol of chastity and innocence," he said, adding that Hatami's "inappropriate presence" at the festival was not in line with the country’s religious beliefs.

Hatami, who rose to international fame in 2011 with the Academy-Award winning Iranian drama “A Separation,” is at Cannes this year as a jury member.

The Frenchies don't hug, they kiss